Years ago, at my first workplace, the entire product development team, meaning the whole project staff, gathered together to enjoy a cup of coffee twice a day, at 9 a.m. and 2 p.m. The coffee break always lasted exactly 15 minutes, and typically the coffee machine was only on at those times. The product development premises were located in a large open space, where the project areas were separated from each other with high partitions. The sizable common area in the middle of the room was used as a coffee area and an auditorium.

The shared coffee breaks really improved the team spirit and divided the working day into suitable portions. During those breaks, we mostly discussed things unrelated to work. However, at times, someone would ask for information or even help from the others either during the break or at the end of it. What is strange, yet interesting, is that even though there were no specified coffee-making shifts, by 9 a.m. the coffee had just magically been made by someone who had not had time to start something more important and had sniffed the air and realized that no one else had started to make coffee. The smell of coffee then attracted everyone else. In addition to always having coffee together, we also had a tradition of a “name day pastry,” according to which the person whose name day it was had to bring either cake or some other kind of pastry for everybody.

It is pretty exciting for me to realize that, in the course of my 20-year career, I have never come across a product development office as well organized or a coffee break practice as pleasant. Nowadays, even though coffee machines or pots are available for office workers, they are usually located in a separate kitchen where everybody just goes by themselves to fill their cup whenever they feel like it. At some workplaces, the staff do have a weekly shared coffee break, but in practice these breaks often turn into a kind of a weekly staff meeting where the management holds the floor and there is not much space to talk about anything unrelated to work.

Predators Are on the Prowl

I once heard of a workplace where the staff still had shared coffee breaks. They also had a rule about not discussing work-related matters as long as everybody was sitting at the coffee area table. I also heard that towards the end of the coffee break, “predators” with piles of paper in their arms started to move about the coffee area, preying on the experts still sitting at the table and asking them questions. They were only there to wait for the unsuspecting expert to finish their coffee and leave the table. The coffee area table was like an oasis where the antelopes go to drink while the predators prowl in the grass around it.

The oasis metaphor is not a bad one in other respects, either: the shared coffee break, where the topic of discussion is unrelated to work, makes for a nice break for the employees in the morning and afternoon, and the discussions often become situations that improve team spirit and make everybody feel good and positive. And it doesn’t hurt to feel positive at work! Many studies have shown that humor, positive feelings, and happy thoughts are directly connected with more effective brain activity and improved innovation. It is no coincidence that in, e.g., many successful IT companies, the break rooms have really been invested in.

And for those who have questions for the experts, the coffee oasis and shared coffee breaks are good opportunities to ask them without that “do I dare to bother them again” feeling. The experts’ work doesn’t get interrupted as often when those who have questions for them know for sure that they will be at the coffee area right after the coffee break and that they don’t have anything important on hold because they just got up to leave the table.

No Work Talk at Lunch!

Another much more common practice is having a shared lunch break among the team members. In one of my previous workplaces, we had this unwritten rule that work talk was not allowed under any circumstances during the lunch break, as those 30 minutes were dedicated to us being our real selves and not our work selves. I believe that those lunch breaks brought us closer to each other as a team because we had to talk about hobbies, the news, and other such things not related to work. When compared to a shared coffee break, a shared lunch break is not as effective in improving the team spirit. The main reason for this is that some people always miss the workplace lunch – some because they eat their own packed lunches and some because their working hours and daily rhythm just don’t leave room for it. It is, of course, only natural that people want to eat when they are hungry and not when the rest of the team is.

Trust, Communication, and Disposition to Innovation Are Improved

Team and product development leaders should consider what kind of regular gathering could be established as a habit in order for the employees to have the opportunity to have informal discussions with the entire team and the members of other teams. The employees feel better and trust each other more when they can also talk to others as themselves and not only as their work selves. In an ideal situation, these kinds of discussions would be had on a regular basis, i.e., at least once a week, but preferably as often as once a day. Informal information sharing also lowers the threshold for sharing other kinds of information and asking for advice, which, in turn, improves the trust between the different parts of the organization and reduces communication problems.

Organizing a shared coffee break once or twice a day may sound like a large investment, but when it succeeds, it may actually boost work performance greatly by providing employees with positive feelings. And it is quite possible that the next winning idea will be the result of these refreshing coffee breaks! 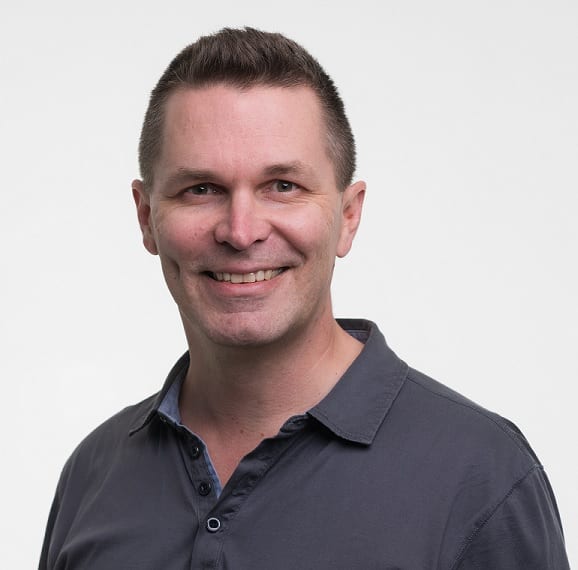